The NEW DR-XL tool bag has the same sturdy construction and ergonomic features as the DR-LC tool bag, but offers an extra 3 inches of length to its spring loaded, gate mouth top and customizable tool storage system.

The Veto DR-XL ALL PURPOSE TOOL BAG offers more capacity than the DR-LC tool storage bag.  The DR-XL is a compact gate mouth style bag with a padded adjustable panel system to secure chargers and batteries for cordless power tools or take the system out and use as a “Go To” tool bag for larger tools that are not easily stored vertically in other Veto Pro Pac tool bags. The DR-XL could even double as a weekend “Over-Nighter.” 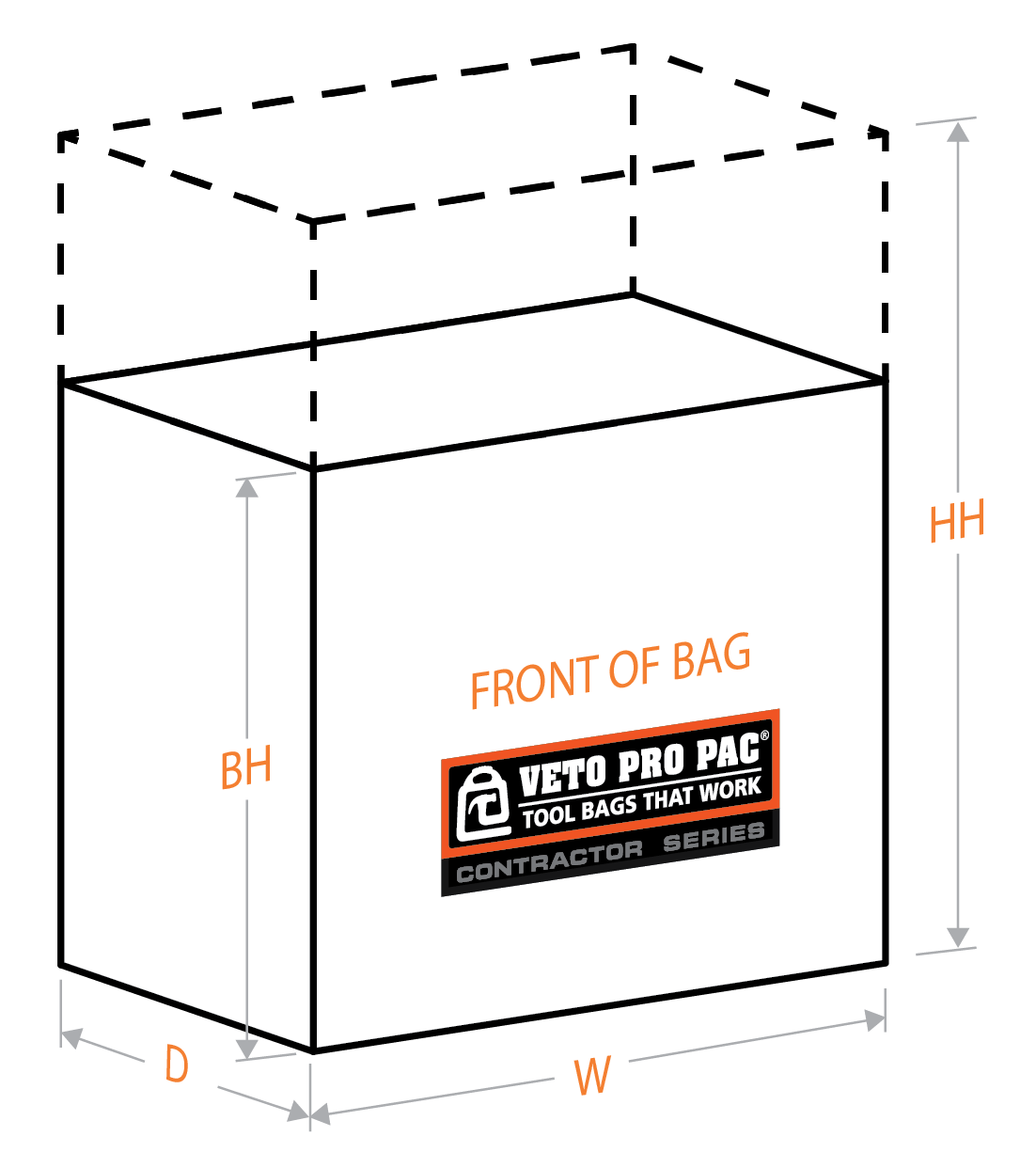 Over time, dirt and grit will “clog” the zipper coils preventing them from staying closed. To keep this from happening, clean and lubricate your zippers twice a year (more often if you work on a job site with a high amount of airborne debris). To clean the coils: Scrub them with soapy water; a tooth brush works very well. After scrubbing the coils, blow them out with an air hose to dislodge any other fine grit that didn’t dislodge with the brush. To lubricate the coils: Apply a silicone spray, beeswax or a zipper lubricant.

Protect the Zippers From Sharp Objects and/or Excessive Heat

Any sharp object or heat source is capable of permanently damaging the zippers. Once a zipper coil is cut or singed the zipper will not function and in most cases is not repairable. Most of the cut zipper coils we see are the result of sharp tools stored inside the bag with the sharp side facing up. Make sure to keep the sharp edges of your tools facing down in your bag and away from the zipper coils.

Overstuffing your tool bag will very likely cause significant stress on the zippers that is above and beyond what the bag was built for and will eventually cause the zipper(s) to separate. If you have to work hard to close your zipper(s), your tool bag is most likely overstuffed… proceed with cauti

There are no videos available for this product

Do you want to continue in spanish ?

And get 25% Off first purchase!